Guatemala is a place full of culture, history and beautiful landscapes. A couple for the Road brings us a summary of the main historic sites in this country where the weather is always an eternal spring.

Guatemala is a fascinating Central American country, sandwiched in the north-most part of the region between Mexico, Belize, Honduras and El Salvador. A stunning landscape of peaking mountaintops, rain-forests, volcanoes, and ancient ruins, Guatemala present an atypical vacation opportunity for those seeking refuge in a small country that is packed full of interesting, historical locations.

What sets the historical precedence in Guatemala is not only its ownership of some of the oldest evidence of human activity in the Americas (more than 12,000 BC), but also its status as a stronghold for the Mayan Empire that flourished in Central America until approximately 900 AD. In addition to the natural wonders in Guatemala, evidence of the once-great Mayans continues to draw millions of tourists each year to this small country located in perhaps one of the most overlooked areas for vacationers in the world. Any vacation to Guatemala is a trip into the past, full of wonder geological and societal, which makes Guatemala one of the most intriguing places in the world for those looking to truly explore history.

Here are just a few of our favorite historical sites to see in Guatemala. 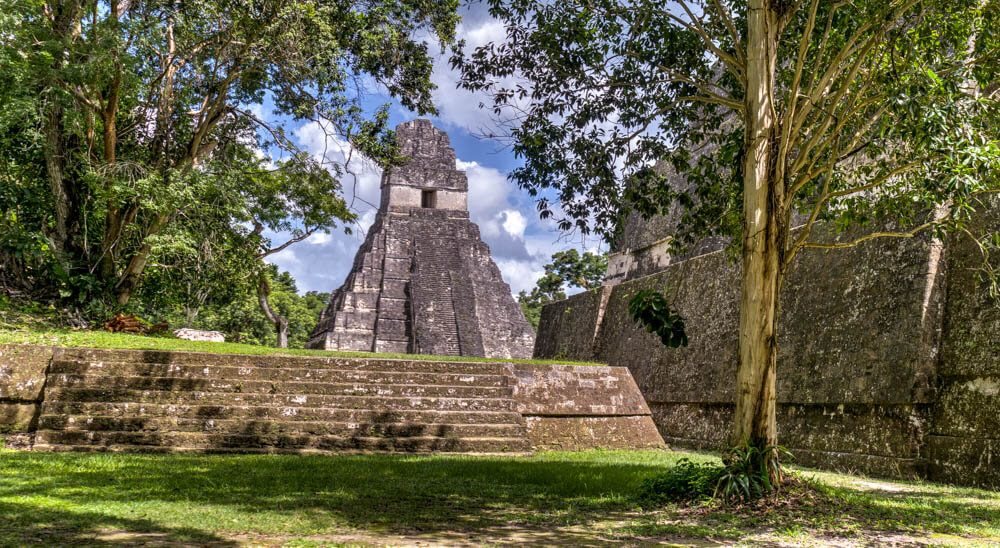 In northern Guatemala, you can visit the ancient Mayan capital in Central America – Tikal. As one of the largest Mayan cities in history, the city of Tikal has exerted much influence in historical and scientific circles as a location to truly understand if you want to understand the Maya. UNESCO World Heritage location, Tikal has been the site of tremendously important excavations despite the rugged location of the once-powerful city amidst the backdrop of the Central American rain-forests. These excavations have uncovered wonder after wonder, and Tikal now stands today along with Chichen Itza as one of the most important locations in Mayan lore. Rich in uncovered stellas, pyramids, temples, and residential domains, most of Tikal is believed to still laid buried below the dense forests, making further excavations incredibly difficult. Continued attempts to understand Tikal have yielded much, and it’s understood now that the surrounding area including Tikal may have once been home to nearly half-a-million residents.

The Ancient Capital of Antigua 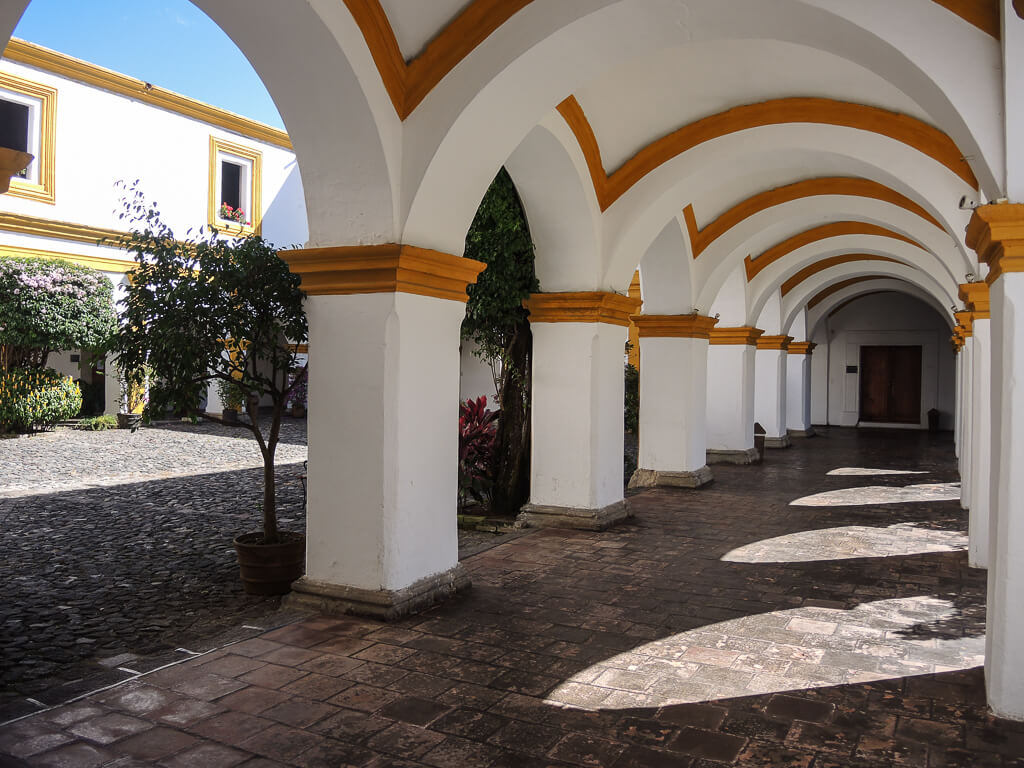 The city of Antigua, founded in 1543, is a gem among the towns of Guatemala. Then-called Santiago de los Caballeros, the Spanish history soaked in this city is still palpable. Located at the at the foot of the Volcan de Agua, Antigua has many unique and colonial buildings such as the Catedral de Santiago, Palacio del Ayuntamiento, Iglesia Palacio de Los Capitanes Generales, and the Convent of the Merced. A UNESCO World Heritage site since 1979, Antigua boasts classic Spanish ruins that have been tossed by the volcanic ground upon which Guatemala stands, making preservation of these sites incredibly difficult.To truly understand the history of Guatemala outside of its Mayan influences, and to dive into the post-Mayan Spanish influences, Antigua is a must-see location. 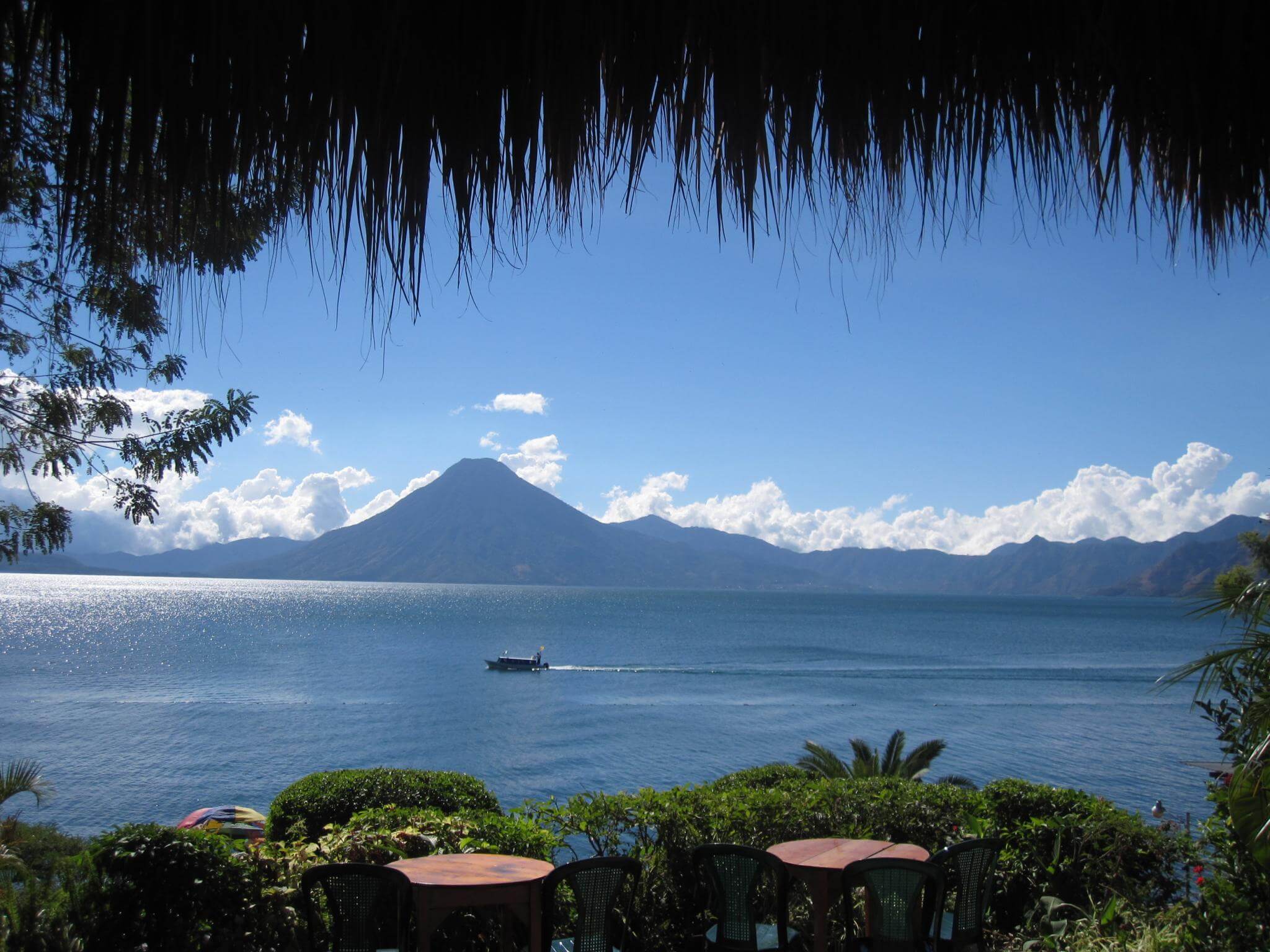 The Crater Lake Atitlán, located west of the capital of Guatemala City, is a sprawling vista of more than eighteen by eight kilometers in size. Surrounded by twelve volcanoes, its location took on an almost-mythical status in pre-Spanish Guatemala. Considered by many to be the most beautiful lake in the world, you can visit remarkable attractions such as Laguna San Pedro and Santa Catarina Palopó, a pristine and charming town in the Solola area. In fact, the perimeter of Atitlan is packed with villas that need to be seen an experienced, as each has its own surprise in the way of incredible scenery, delectable food, and warm, charming people. For photophiles and shutterbugs, the Lake of Atitlan should be among your focal points to visit in Guatemala. Given that you can easily travel the outer perimeter of the lake in a day, Atitlan gives you ample opportunity to capture each glorious spectacle from various angles. It’s simply one of the most stunning, underrated locations to visit in all of Central America. 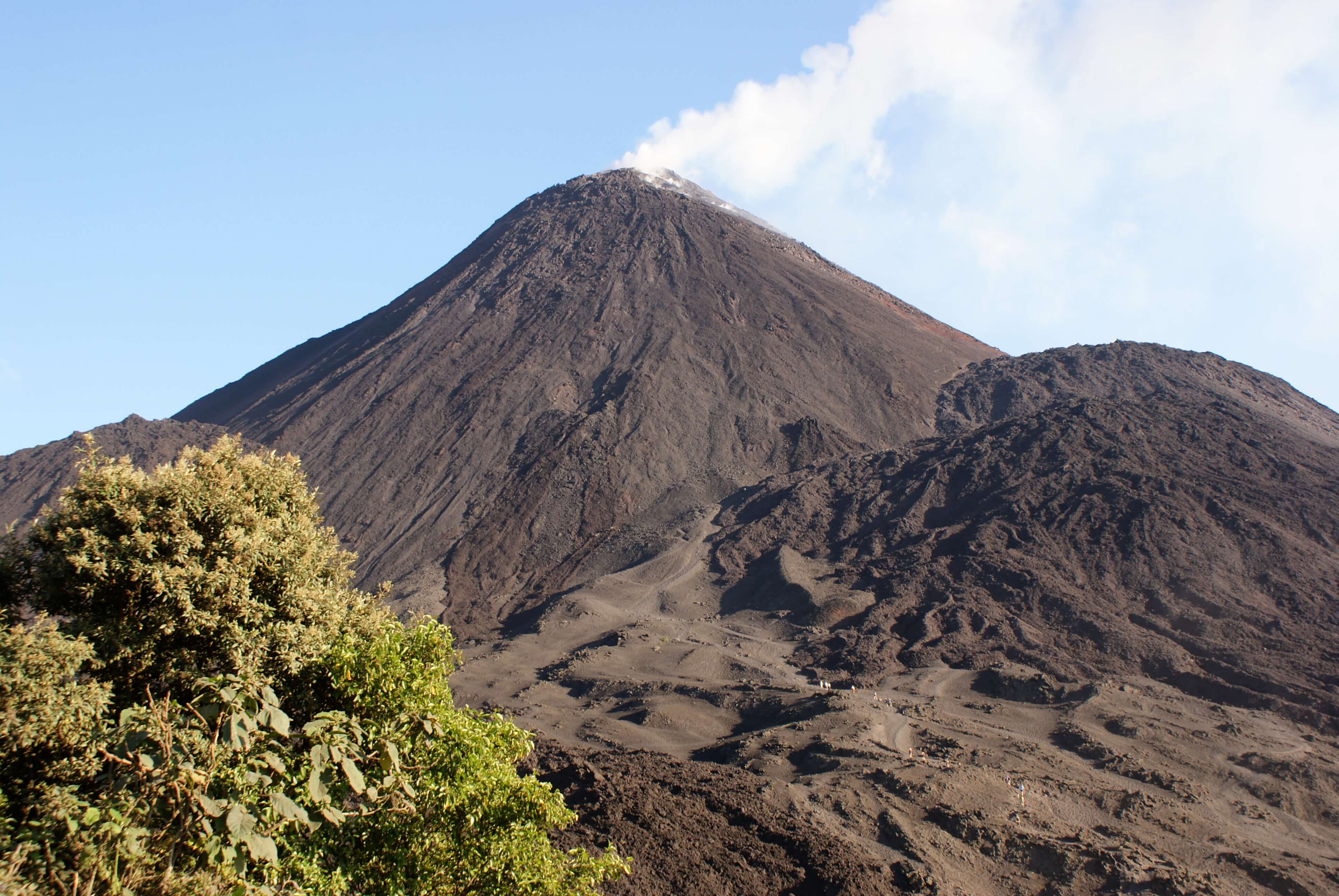 Only 19 miles outside of Guatemala City is the massive, smoldering, and intimidating Pacaya Volcano. An active volcano complex of more than 8,300 feet in elevation, Pacaya most recently erupted in 2010, spewing volcanic debris into columns in the air that nearly matched Pacaya’s height. The volcanic ash fall pelted Guatemala City, and the international airport, La Aurora, reminding many of the power Pacaya still retains. Despite the possible dangers of an erupting volcano, Pacaya is still the site of tourist excursions who come not only to explore the base of the volcano and steal wondrous pictures, but also to enjoy geothermal baths in the area. For those who are a bit more adventurous, there are excursions that allow half-day hikes up the side of the volcano. Though as treacherous as it sounds, these trips always yield to scientific measurements in the area that may indicate if activity is imminent. 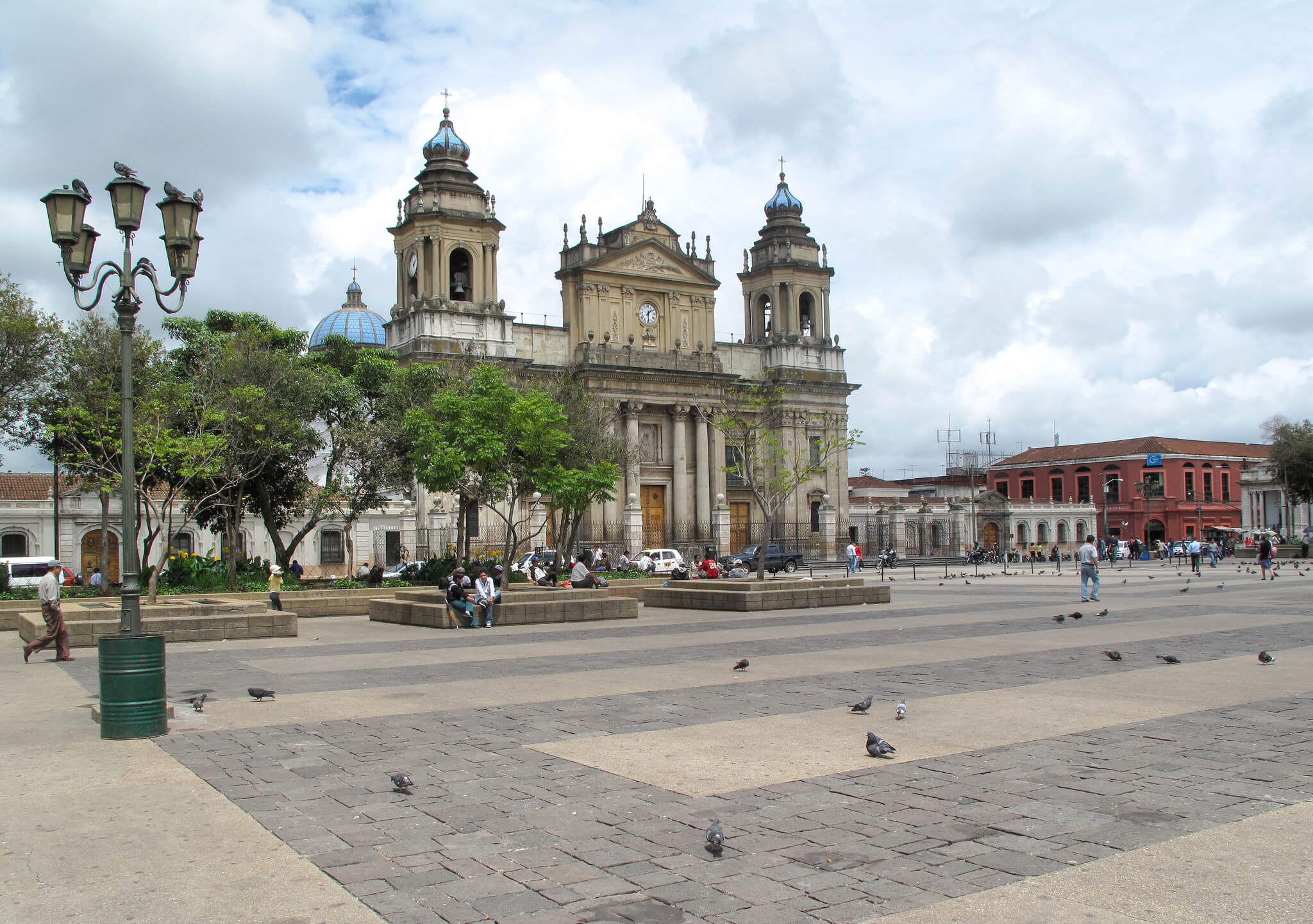 The crowded ‘La Nueva Guatemala de la Asunción’ is often referred to as ‘Guate’ by the inhabitants of the city, and an ideal location to center any visit to Guatemala.

The capital city of Guatemala is also a tourist destination, in addition to a management center. La Aurora International Airport provides a daily flow of new visitors who flock to sights in the Historic Center, such as the Palacio Nacional de la Cultura, Casa Presidencial, Plaza de la Constitución and Catedral de Ciudad de Guatemala. After a day of engaging in historical monuments and beautiful cathedrals, you can let loose at night – as Guatemala City has one of the most vibrant nightlife scenes in all of Central Americ

On June 3rd, The Volcano “El Fuego” eruption affected over 1.7 million people and caused 13th deaths. Easy Español sends its thoughts and prayers to all Guatemalans. We celebrate your beauty and recognize your strength.